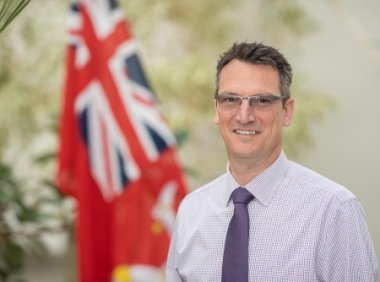 Cameron is a qualified Marine Engineer and has a Diploma in surveying of ships and yachts and more recently he has completed the Isle of Man Government's Senior Leadership Development Programme. After a seagoing career as an engineer working for Geest Line, Maersk and Farstad, Cameron moved to the Island in 2001 and joined the Ship Registry in 2003, initially as a surveyor. He became its Deputy Director in 2018 and was promoted to Director in 2019.

Cameron has a genuine desire to see the Isle of Man continue to succeed as an international ship register and as a centre of excellence for maritime business. He enjoys promoting the Isle of Man around the globe to those who may not be aware of the benefits it has to offer.