Berge Bulk Ship Named in Honour of the Isle of Man

The latest in a series of ships for the bulk carrier giant, Berge Bulk, has been named after the Isle of Man’s famous mountain, Snaefell.

Berge Bulk is one of the Isle of Man Ship Registry’s largest clients. It is one of the world’s leading independent dry bulk owners which owns and operates a fleet of over 70 bulk carriers, some of which are the largest ships on the water today. 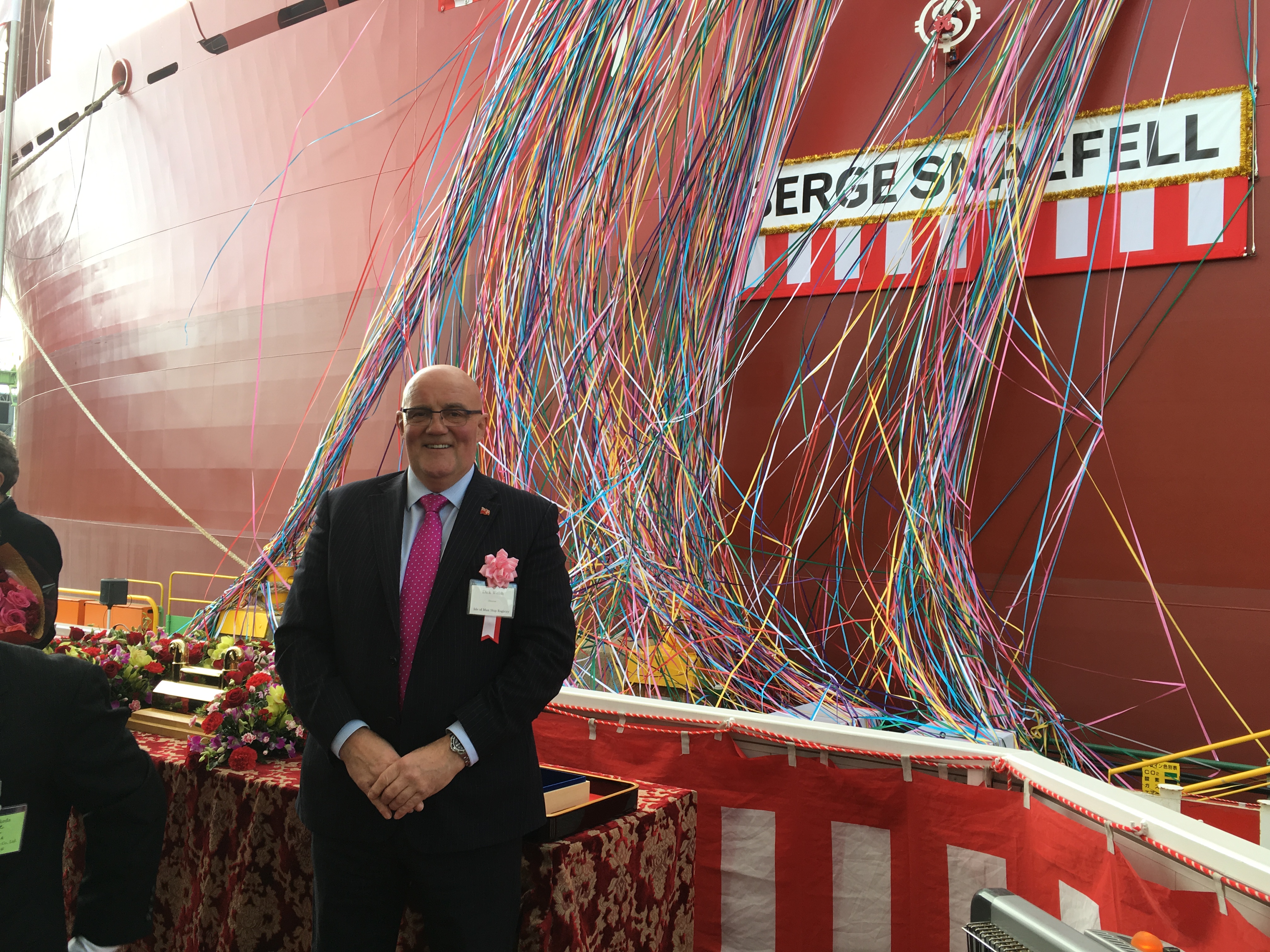 Berge Bulk’s strapline is “Moving Mountains” and fittingly, all of their ships are named after famous mountains, with Berge Everest, Berge K2, and Berge Fuji named among the fleet. Berge Bulk’s CEO James Marshall chose to name their latest ship, which is completing its construction at Imabari shipyard in Japan, the “Berge Snaefell”.

Dick Welsh, Director of the Isle of Man Ship Registry, was invited to attend the naming ceremony in Japan on 9 January 2018, representing the Isle of Man and viewing the latest edition to the fleet. He commented:

‘This is a great honour for the Isle of Man and recognises the importance of the relationship between the Isle of Man Ship Registry and Berge Bulk. The Registry works with an international client base, with the ability to register ships quickly and efficiently to suit all time zones and online systems to smooth the processes for clients. The naming of the Berge Snaefell is evidence of our highly valued service and truly international appeal.

‘We hope that the ship, bearing the name Berge Snaefell is a happy and prosperous vessel and the name and the port of registry of Douglas is seen by people around the world, promoting the prestige of the Isle of Man.‘

‘It is an honour to name one of our ships after the Snaefell. The Isle of Man Ship Registry consistently provides excellent levels of service and we really value our partnership with them. I am sure the Berge Snaefell will serve both of us well.’

The Berge Snaefell is a handy-size bulk carrier of 38,000 Deadweight Tonnes (capable of carrying 38,000 Tonnes of cargo). It is a modern sophisticated ship which has been fitted with several fuel efficient features and an energy efficient design. She is equipped with four deck cranes enabling flexibility in her use as she is able to discharge her own cargoes. For her first sailing she will carry logs from New Zealand to China but over her life will carry a range of minor commodities.

The naming ceremony was performed after a tour of the ship and an evening banquet where gifts were exchanged. Dick Welsh presented a framed photograph of Snaefell, covered in a blanket of snow, and describe the origins of the name Snaefell (‘Snow Mountain’ in Norse) and the importance of the mountain to the Isle of Man.