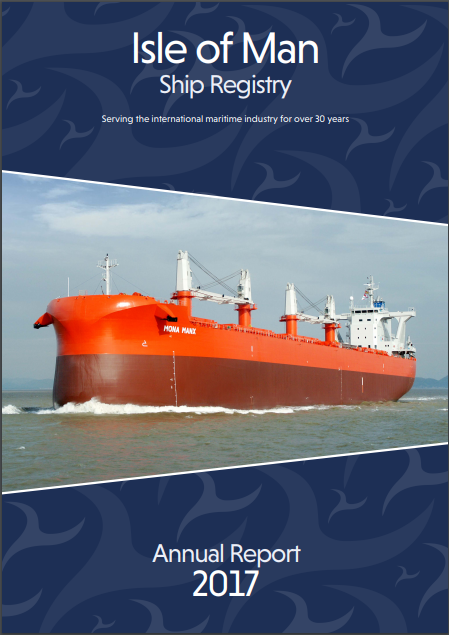 The Isle of Man Ship Registry is pleased to release it's 2017 Annual Report which summarises the activities and performance of the Ship Registry during the year.

Speaking of the past year, IOMSR Director Dick Welsh commented:

2017 was a year of change for the Ship Registry. Changes which had been in planning, consultation and development for a year or two, were all implemented on April 1 to coincide with the start of the financial year.

The changes included introducing a New General Inspection regime; full delegation to Class; and consolidated fee structure. All of which were designed to provide a more effective means of regulating and staying in touch with the fleet, monitoring Class, and providing simple cost-effective fees which remain very competitive. At the same time we have continued the digital journey to on-line processes and issuing digital endorsements and ship certificates. Ground- breaking developments.