MX Bulk Management, an Isle of Man based shipowner, are proud to announce the delivery of the latest ship to join their fleet which has been named Erin Manx, after the Manx coastal town of Port Erin. The 64,000-tonne bulk carrier was delivered to MX Bulk in Zhoushan, China on the 6th May and joins her sister ships, Scarlett Manx, Isabella Manx and Mona Manx in the MX Bulk fleet.

Like her sister ships, Erin Manx will be registered with the Isle of Man Ship Registry at the port of Douglas. MX Bulk now have almost a quarter of a million gross tons on the Manx Registry and have become one the registry’s most valued clients.

“At the Isle of Man Ship Registry we try to facilitate and support shipping business in the Isle of Man however we can. MX Bulk typifies the type of business we want here; they provide high quality jobs and world class expertise in the Isle of Man which is a massive benefit to the local economy. Their ships have an excellent safety and PSC record so are most welcome on the Manx flag.”

MX Bulk equally enjoys showcasing its strong connection with the Isle of Man by naming all of its vessels after Manx places, history or language. In addition, the MX Bulk fleet is entirely Manx flagged and Manx managed. MX Bulk’s Managing Director Sean Dawson explained why the Isle of Man is such a perfect fit for MX Bulk’s business model:

“The Isle of Man is a wonderful place to base a business, particularly a shipping business. The island offers us a stable, dependable jurisdiction with excellent communications and connectivity as well as providing an enviable standard of living. The calibre of the available workforce and associated services complete the package for us. Having the Isle of Man Registry on our doorstep is an added bonus. We are delighted to work with the Registry and consider it to be the very best in the world.”

MX Bulk is proud of its connections with the island and its people, particularly during these difficult times and has been an active supporter of the Isle of Man Food bank, a wonderful local charity helping Manx people in times of need.

The Erin Manx is the latest addition to the MX Bulk Fleet but certainly not the last. The company has three more vessels on order and due for delivery in 2021. The Una Manx, Ursula Manx and Vorana Manx are all significantly larger vessels than those in the current fleet, each more than 82,000 tonnes. 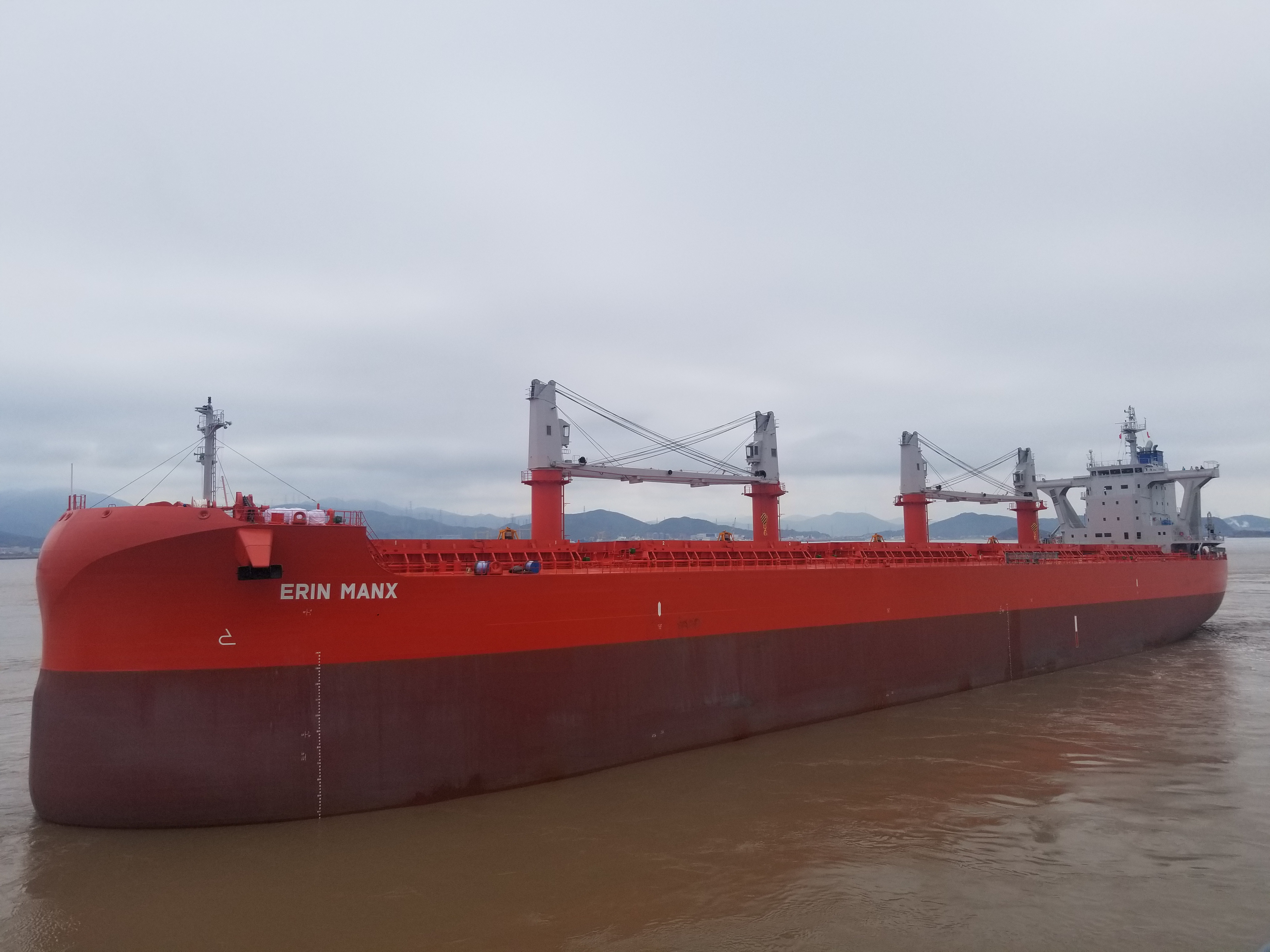 Pictured: Erin Manx at the port of Zhoushan, China. She is 196m in length and registered in the port of Douglas, Isle of Man.